How customer demands, digitalization, and a push for sustainable growth will transform aerospace

Velocity 2018 A Decade Of Mega-Disruption

This article first appeared in Forbes on September 4, 2018.

When it comes to technological and business disruption, the aerospace industry has had it comparatively easy over the past couple of decades. Aircraft got bigger and then smaller and always more efficient, but the way planes flew and the way they were manufactured remained essentially the same.

The economic climate confronting aerospace manufacturers was nothing like the tumult that had rocked airlines since the beginning of the millennium, after a swarm of online travel agencies and price-comparison websites brought pricing transparency to the sector. That upheaval, against the backdrop of the global financial meltdown, chipped away at carrier margins and customer relationships and unleashed a competitive onslaught that forced consolidation.

For aerospace, that period of relative calm is about to end as new technology and customer demands begin to reshape the industry’s business model over the next decade. As this wave of mega-disruption sweeps the sector, aerospace manufacturers should heed a key lesson from the airlines: Incumbents must quickly embrace the big, bold ideas disruption brings – or else prepare to face off against faster-moving players. 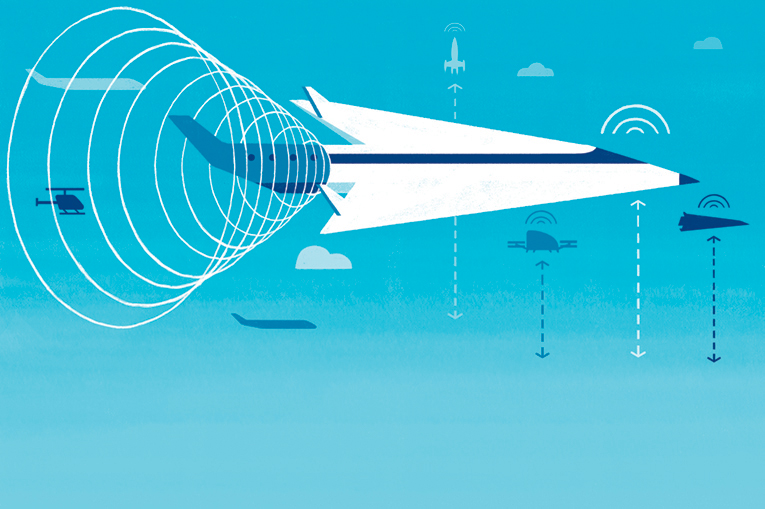 Perhaps mega-disruption may seem a bit dramatic, but the forces bringing change to aerospace over the next decade are all hitting simultaneously, compelling aircraft and component makers to overhaul their manufacturing and repair practices as well as their product lines. The three major categories of disruptors are digitalization, customer demand, and the need to achieve sustainable growth.

By itself, digitalization would be disruptive enough, involving the incorporation of technologies from predictive maintenance to autonomy. But sweeping the industry at the same time as other innovations such as 3-D printing and modular design means aerospace will not just be disrupted. It will be transformed.

Obviously, customer demand and achieving sustainable growth are perennials for aerospace – as for most industries. But over the next decade, customer demand will focus on reduced emissions and “green” operation, flexibility and innovation in cabin design, and development of technology that reduces travel time. Sustainable growth, on the other hand, will be concentrated in production line efficiency and agility, expansion into maintenance and other services, and innovative financing. Ultimately, all three disruptor categories will lead to a new era of safer, more customized, fuel-efficient, and digitally optimized aircraft.

The Schedules For Disruption And Technology Will Line Up

Technology moves quickly these days from prototypes to full-fledged adoption

Today, the aerospace industry is enjoying one of its most profitable periods, as economic growth in the developing world is helping to fuel unprecedented air travel demand and a global explosion in the size of the fleet and number of airports and hubs around the world. Already, airframe manufacturers have been producing record volumes of aircraft monthly. By 2028, there will be close to 38,000 aircraft in service, up from the current 26,000; the number of international hubs will increase to 80 from 60; and revenue passenger kilometers will be around 12 trillion (7.5 trillion revenue passenger miles) from the current 7.4 trillion (4.6 trillion revenue passenger miles).

The growth itself has become one of the disruptors. And while the barriers to entry in aerospace are considerable, based on the capital investment and expertise required, there are potential rivals in the wings looking to nibble off chunks of business.

For instance, China has begun developing its own aerospace industry under a national plan to become a global producer in several heavy industrial sectors by 2025. Though many consider it a decade away from being a real global competitor in aerospace, China has shown its ability to accelerate its entry into markets in other industries – including as an automaker and now the world’s largest producer of electric vehicles and in solar panels, becoming the leading world producer in a matter of years, not decades.

The impact of digitalization

As it has in most industries, digitalization is reshaping aerospace – from the plethora of sensors constantly collecting data on board aircraft to eventually autonomous flight. Already, there is an uninterrupted flow of real-time information coming from aircraft updating ground operations and the pilots on the status of systems, equipment, and current and impending weather conditions. For instance, in the near future, these smart and connected planes will be able to adjust flight routes using real-time data to maximize fuel efficiency, minimize turbulence, and even eliminate the wait for the gate after landing.

One of the biggest challenges has been to gather and analyze the terabytes of data produced. Yet, the pressure is on for aircraft and engine makers to add more sensors to further enhance the real-time picture of what’s happening with planes in flight – and on the ground, where artificial intelligence is also starting to effect change.

In the maintenance end of the aerospace value chain, predictive maintenance – the process of determining, using analytics as precisely as possible, when an aircraft’s part should be replaced – is increasingly demonstrating its ability to improve efficiency. While this approach to servicing planes has been available for several years, airlines and maintenance, repair, and overhaul operations are only just now embracing it to help ensure the full lifespan of parts is utilized, minimize the number of equipment checks, and maximize the safety of aircraft.

The pressure is on for aircraft and engine makers to add more sensors to enhance the real-time picture of what’s happening with planes in flight.

Repair times also will become shorter thanks to 3-D printing of components – otherwise known as additive manufacturing. This will allow parts to be produced closer to where aircraft are being repaired. While more efficient, it’s apt to disrupt aerospace’s complicated global supply chain and potentially disintermediate certain players.

Longer term, the biggest digital disruption of all is likely to be single-pilot operations and even remote-controlled and autonomous aircraft with no pilots on board. Gaining public acceptance of these advances may be challenging – even though both should enhance safety by minimizing human error.

Still, aircraft makers need to be prepared to build such aircraft eventually, as well as support the proliferation of autonomously functioning systems within aircraft right now. Aerospace giants like Boeing and Airbus have started divisions developing drones that will eventually taxi passengers around cities – with and without pilots. So too, however, have a bevy of digital giants and startups.

For passengers, much of aerospace’s digitalization should be a win, leading to more comfortable flights and less waiting because of delayed or canceled flights. While major changes like single-pilot or autonomous flight will be widely debated, much of the digital revolution will take place out of sight of travelers.

Technology is not the only driver of disruption. Airlines and travelers are demanding change as well. In an effort to revive customer relationships, carriers are looking to manufacturers for ways to differentiate the service they provide to travelers and attract new customers. One important factor will be ensuring the nonstop connectivity that digitalization also demands: Connected aircraft not only communicate their own status, but need to keep travelers online.

For Aerospace, It Will Be A Decade Of More Everything

Global demand is up; the fleet is expanding; the number of hubs is increasing

Airlines also want novel cabin design. Aircraft with modular interiors could enable airlines to reconfigure planes in real time to better utilize unfilled capacity. For example, if only 80 percent of seats are sold on a flight, one cabin section could be turned into working space for business passengers, a lounge, or even a kids’ playroom.

Passengers and shareholders – not to mention some nations and their regulatory bodies – also are demanding airlines reduce their carbon footprint. Airlines are already working with regulators to increase fuel efficiency, but as a growing industry that generates significant greenhouse gases, aviation will be challenged to do more. Electric engines might be one solution; they come with the added benefit of reducing noise, making night flying viable. This would enable people to travel during more convenient times, reduce airport congestion, and greatly increase asset efficiency for airlines.

Finally, airlines and travelers also want faster flights and better connectivity to other travel modes. Perhaps this could mean supersonic flights from London to Sydney, a SpaceX rocket to get from Beijing to Rio de Janeiro in time for Carnival, or airports connected to city centers by hyperloop. While such long-term, attention-grabbing solutions generate a lot of buzz, they will need to balance the desire for speed with the need to reduce emissions and may require the development of new types of propulsion before they can be realized.

All this demand for change will inevitably impact the business models of manufacturers and force changes in the way they operate. Expansion into maintenance and service is an avenue aircraft and engine makers are already pursuing as a means of achieving sustainable and more predictable growth. But providing a full range of services and support requires manufacturers to consider new financial and ownership structures – such as leasing rather than selling planes – or offering bundles of both product and services on a subscription basis. A bundle offered to an airline, for instance, might consist of leased aircraft, rapid maintenance, regular cabin changeouts, and relevant data feeds. to profit from the many lessons learned. And no doubt, the biggest lesson of all may be that the ultimate winners in almost every industry end up being those already figuring out how to get ahead of disruption before it even starts.

Aerospace manufacturers also will need to develop much more flexible and rapid production processes for aircraft, through the increased use of machine learning, robotics, and 3-D printing. As product development cycles shorten, manufacturers should be able to produce aircraft that are more responsive to changing customer needs. They also will be able to modify designs more quickly as new technologies arise in the future, such as the development of new jet fuels or propulsion systems.

Aerospace manufacturers may be fortunate that their decade of disruption is arriving during a period of growth and prosperity when they have the resources to implement change. It also is coming on the heels of disruption in many other industries, allowing aerospace to profit from the many lessons learned. And no doubt, the biggest lesson of all may be that the ultimate winners in almost every industry end up being those already figuring out how to get ahead of disruption before it even starts. 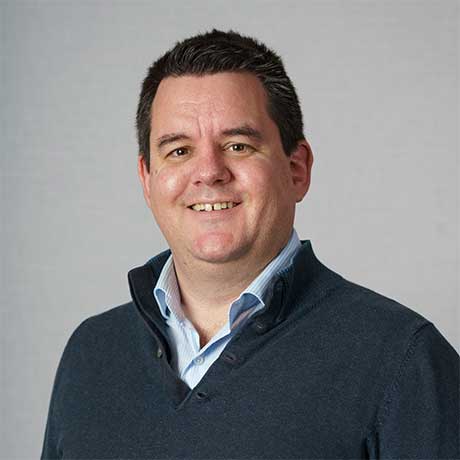 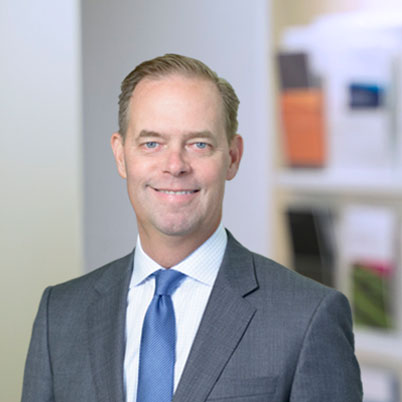 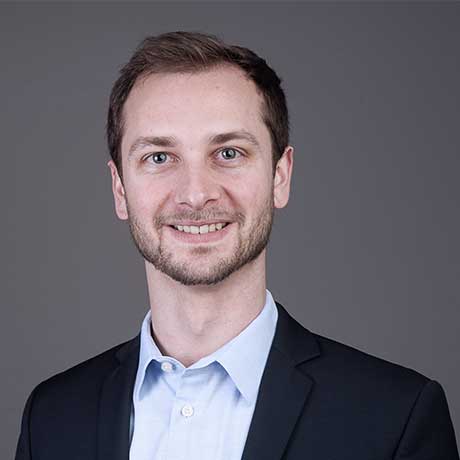