This article first appeared in Forbes on September 6, 2018.

Convenience, cost, and comfort used to be the three C’s that explained why passengers chose one transportation option over another. In the 21st century, there’s a fourth C that may trump all the others – connectivity. Today, many people can barely go five minutes without being connected to the internet whether through their smartphone, smartwatch, tablet, or laptop. Why should their time traveling be any different?

When it comes to transportation, consumers want more than just uninterrupted online access: They also want the ability to work, shop, text, tweet, tag, stream, or catch up on the news while cooped up in a train, plane, bus, or car – just as they would when not on the move. Because they’re traveling, they especially want fast, flexible, door-to-door trip planning and booking, as well as real-time travel information – any service that will save them time and make their journey more productive and enjoyable.

It should come as no surprise that the future growth in ridership and revenue will go to the mode of transportation that proves best at providing what travelers want in connectivity and digital services. And while passenger rail has often trailed aviation, automotive, and bus rivals in offering internet, some of its leading brands – along with some key technology players – are starting to invest in strategies that should help trains get a bigger share of the smart-mobility wave.

No doubt, rail – whether intercity, commuter rail, or urban transit – faces a challenge providing dependable wireless as trains travel at high speeds through tunnels, underground, and areas with few mobile broadband towers. During rush hours, railcars can carry densities exceeding those of typical offices, which means a lot of competition for bandwidth. All this has often left rail passengers restricted to texting and sending emails, forgoing activities like streaming that become fraught with annoying buffering.

Today, rail manufacturers and operators, often in partnership with technology companies, are testing possible solutions – even though some contend things won’t really improve for rail until the arrival of ultra-high-speed, ultra-high-capacity wireless 5G networks. In the United Kingdom, networking hardware giant Cisco has been working with ScotRail on what is billed as the world’s fastest train Wi-Fi. The pilot program on the Glasgow-to-Edinburgh line has reportedly reached 600 megabits per second in trials.

Virgin Rail trains are trying to get around this problem by offering BEAM service, a free app that allows passengers to use on-board servers to stream television shows and movies and access newspapers, magazines, and games on smartphones and laptops. That’s an improvement, but not a long-term solution.

French railroad SNCF has installed about 18,000 antennas on a fleet of 300 trains, along with 4G towers every three kilometers, to provide coverage for much of its high-speed TGV passenger rail network. It is also in the process of rolling out 4G on regional and suburban trains.

But 5G may not be that far off. In Japan, 5G is already being tested on high-speed trains in preparation for the 2020 Olympics in Tokyo.

The new vision for rail suggests trains have the potential to become extensions of office and home – similar to what Starbucks coffeehouses and internet cafes mean to younger generations.

No digital services, no go

Ultimately, given the importance of digital services and connectivity to travelers, passenger rail services will have no choice except to upgrade to full internet access. In a recent Oliver Wyman five-nation survey to assess how far travelers would go for access to a wide array of digital services, consumers indicated they would willingly switch from their current means of travel and even pay more for the convenience. (See “The World Wants Smart Mobility” on page 26.)

Why not? Online access and digital services make the time on the train more productive for working passengers and more enjoyable for everyone. Following through on that concept, Deutsche Bahn has created an “Idea Train” (Ideenzug) that features a fitness studio, meeting space, and gaming consoles. This vision for rail suggests that trains have the potential to become extensions of office and home – like what Starbucks coffeehouses and internet cafes represent to younger generations and workers who freelance or work remotely.

Offering these kinds of experiences, especially to millennials and Generation Z passengers who are less interested in cars and driving than their parents, could create a competitive edge for trains over planes, given aviation’s time-consuming security and periods in flight when cellular devices must be turned off; over buses, given the ability on a train to walk around and its higher degree of comfort and amenities; and over cars, given the current requirement that drivers focus on the road. While a future of autonomous cars may portend a threat to rail ridership, driving – even hands-free driving – still means the hassles of car ownership, traffic congestion, and parking.

While a new image for rail won’t come easy or cheap, the investment in connectivity is likely to elicit a quick return from increased ridership and new sources of revenue – either from the direct sale of digital services onboard or from the ability to maintain profitable ticket pricing made possible by these new services. In Australia, the Victorian government’s Regional Rail Connectivity Project expects to roll out mobile signal boosters across the V/Line Vlocity train fleet and is building 35 mobile towers, in partnership with several telecoms. While the project is costing AU$18 million, the enhanced connectivity is projected to add AU$20 million annually to the state’s economy.

Rail Companies And Many Others Are Lining Up To Supply Services

Apps offer another quick-turnaround potential for rail as operators begin digital engagement with customers – even though it’s increasingly difficult to secure real estate on customers’ busy mobile devices. Besides making life more convenient for travelers, apps provide a constant feed of data to the company about consumer preferences and behavior.

Although Deutsche Banh is primarily a rail company, it cleverly helped start Quixxit, a popular train, bus, and flight planning app. In France, SNCF is realizing new revenue from its mobile app, which lets passengers book connections and trips as well as reserve taxis and rental cars before reaching the station. Onboard food and drink can also be ordered up from the train’s bar-restaurant.

Not surprisingly, tech competitors recognize the possibilities. One of the most potent rivals is Moovit, an urban mobility app that provides real-time, crowd-sourced transport information. Among its investors: Intel and BMW.

Collaboration and partnerships between rail and non-rail players, such as telecoms, tech startups, retailers and e-commerce companies, are also part of this transformation. Even the same car-sharing services that are partially responsible for the drop in urban transit ridership are likely partners. For example, Amtrak, the US intercity passenger train operator, is partnering with ride-share company Lyft to help passengers get to and from stations, using Amtrak’s app to book the car. Train operators could also pair up with entertainment companies to provide on-demand movies or educational institutions to offer courses or lectures.

In this vision for trains, stations become integrated transport hubs, using smartphone apps to facilitate door-to-door travel options. Train stations in several cities are working with a Deutsche Bahn subsidiary that is testing on-demand, driverless shuttle buses for passengers traveling to or from the station.

Making train stations convenient and fun destinations – with top-tier retail, restaurants, and even cultural events – could help push up ridership. SNCF, for example, is partnering with e-commerce giant Amazon to add smart lockers at 980 French train stations, allowing busy commuters to place an order one day and pick up their packages the next. And London’s magnificently renovated St. Pancras station provides everything a traveler needs in one spot. Its St.P app offers real-time travel info, directions to station and city attractions, and exclusive, targeted retail deals for travelers.

In the end, the passenger rail industry should be prepared to make investments and look beyond its traditional role. First and foremost, rail must figure out how to get hyper-connected today if it ever wants to be the first choice of travelers. 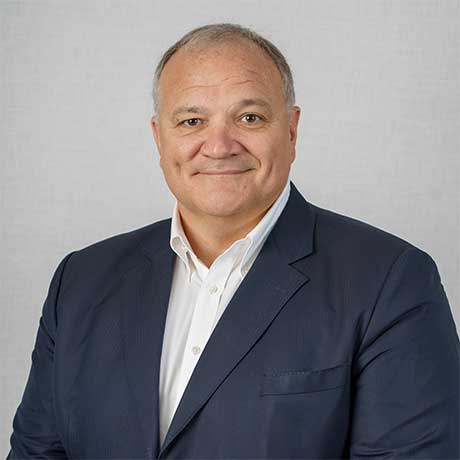 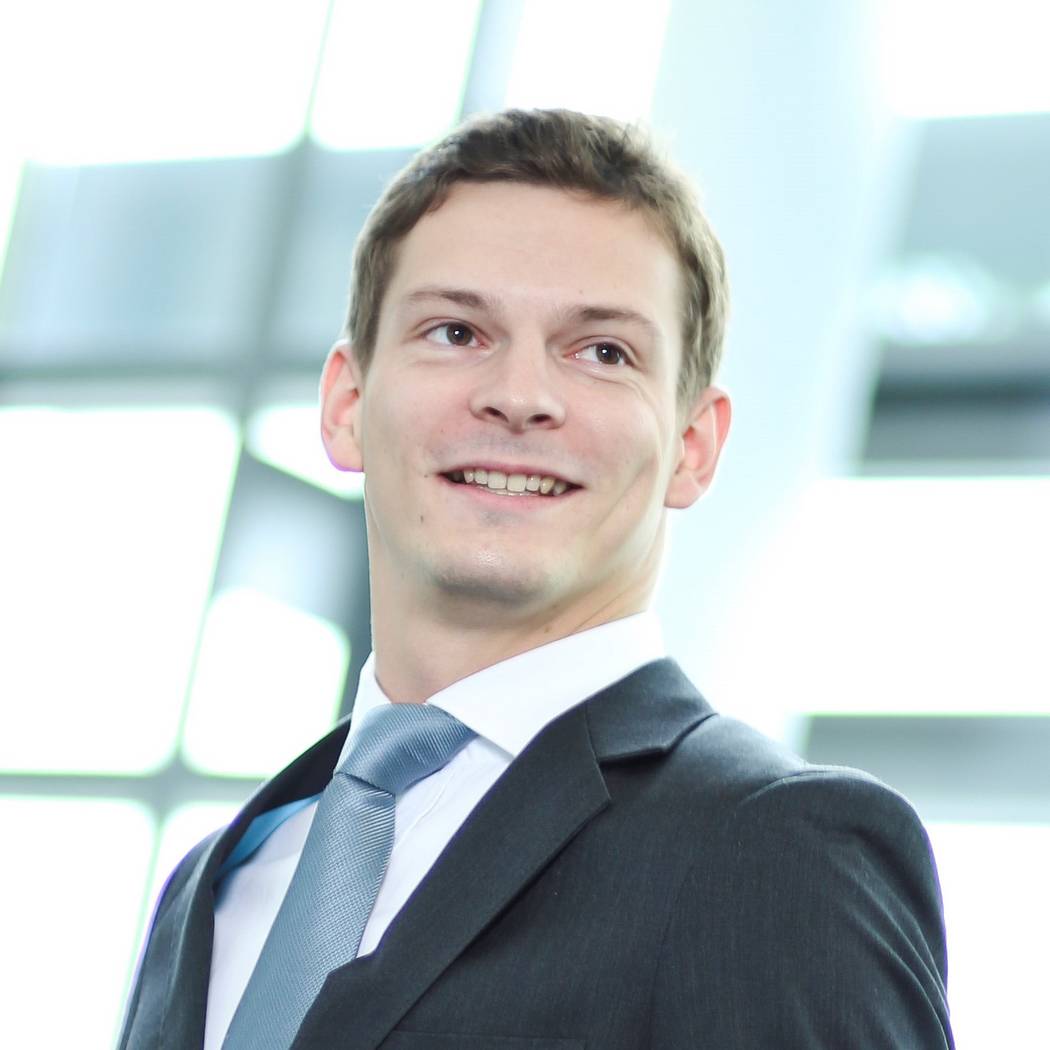