This article originally appeared in Forbes on September 10, 2018.

The world of aviation and aerospace is on the cusp of a revolution based on autonomous flight and drone technology. While today’s drones are used for such tasks as inspecting tracks or power lines and assessing wildfires, tomorrow’s larger models will transform industries like construction and retail by carrying heavy cargoes to hard-to-reach places. In less than a decade, traffic congestion and urban pollution could be eased by electric unmanned aircraft transporting people or products around cities.

Yet, reaching that potential will take new regulation and most likely advances in technology to enhance safe operation. Despite the business community’s impatience with what is seen as a go-slow approach to drones, a failure to sufficiently test and validate these rapidly emerging technologies could doom that blossoming revolution with the first loss of life from a drone mishap. Before the technology can be embraced for extensive commercial use, the risks – especially from bigger drones – must be identified, and strategies to mitigate those hazards must be developed.

A world of no

Where do we stand today? In the United States at least, most federal regulations on drones restrict their use: Drones, or unmanned aircraft systems (UAS), cannot fly over most federal facilities or over people; drones cannot fly at night or within five miles of an airport without permission; drones must fly below 400 feet and at less than 100 miles per hour; with some exceptions, they must weigh under 55 pounds (25 kilograms); and they must yield the right of way to manned aircraft. Some states further prohibit the use of drones in hunting; in California, drones cannot be used to record another person without getting consent. And in probably the most limiting regulation when it comes to the widespread commercial use of drones, they must be kept in the operators’ line of sight at all times.

Recently, a congressionally mandated report from the National Academies of Sciences, Engineering, and Medicine chided the Federal Aviation Administration (FAA), the primary regulator for UAS, for focusing on the risks posed by drones instead of their potential benefits. “Fear of making a mistake drives a risk culture at the FAA that is too often overly conservative, particularly [with] UAS technologies,” the National Academies report concluded.

Most drone proponents want regulation relaxed on flying small drones beyond the limit of sight. Here, the Academies’ criticism may have some validity, as there can be no substantial commercial application if businesses must request permission from the FAA each time they want to fly beyond an operator’s line of sight. Given that drones are essentially relegated to sparsely populated locations, the FAA could consider a partial relaxation in cases involving the typical under-55-pound drone.

By The Beginning Of 2018, Total Drone Registrations With The FAA Had Topped One Million

1  Cumulative FAA registrations of modeler (hobbyist) and non-modeler including commercial and research drones as of January 18, 2018

Broader regulation mandating that all aircraft be able to see and avoid other aircraft, however, prevents the agency from a total elimination of the line-of-sight rule. Drones operate without human pilots, so they cannot comply. Currently, the Volpe Center, a research unit within the US Department of Transportation, is developing a radar system that would enable remotely piloted aircraft to detect and avoid traffic at a level of safety equivalent to the see-and-avoid capability of manned aircraft. But until something like that is developed, an across-the-board repeal of the rule seems imprudent at best.

Another set of risks that the FAA and regulators worldwide must consider involves drone size. While there are a lot of interesting uses with sensor technologies and video on smaller UAS, drones almost certainly will have to grow well beyond 55 pounds to have any real commercial and logistical value. Yet, it would be unacceptable from a public safety standpoint to simply remove that prohibition without considering – and mitigating – the risks inherent with large drones.

If a small, battery-powered drone falls out of the sky, particularly now when they are barred from operating in populated areas, the risk is minimal. That will change dramatically if big UAS begin to travel long distances and run on fuel. To carry multiple packages for delivery services or move heavy equipment, drones will need to be similar in size to today’s military drones, which can weigh almost 5,000 pounds. At that size, a drone falling to the ground in a crash could destroy a building and pose a lethal threat to anyone in its way.

There is also the inevitable question of human transport with drones. As urban areas expand and ground congestion intensifies, the economic case for pilotless air taxis gets stronger. Uber Elevate, among others, is pursuing this vision aggressively. Yet, a large drone carrying one or two passengers raises the risk factor exponentially.

It is not difficult to build an all-electric vertical takeoff and landing (eVTOL) aircraft that can carry passengers – there are about 50 prototypes of these air taxis worldwide. The challenge is figuring out how to raise drone design reliability standards to be more akin to those of commercial aviation, in which a system failure is tolerated every one billion hours of flight. Bigger drones raise questions of airworthiness and reliability that go far beyond the standards that apply in the consumer electronics world of drone hobbyists.

Current commercial drones have a significantly worse record for failure-free performance. For example, 15 percent of new micro-drones sold today have bugs that will ground them within six months. Regardless of the demand and potential for drones, regulators would be very unlikely to sign off on vehicles with such a low standard of airworthiness.

The history of urban helicopter commuting provides a lesson on the outcry that follows accidents. In 1977, a helicopter landing on the heliport atop the 59-story Pan Am Building in midtown Manhattan flipped over, killing four passengers waiting to board and a pedestrian on the ground. The crash led to the shuttering of the helipad, bankrupted the operator, and essentially doomed widespread urban helicopter transport ever since.

Then, there is the possibility of cyber terrorism, which applies to both large and small drones. Like any digital system, drones and their control systems can be hacked, and the FAA will have to incorporate IT security and redundancy mandates to reduce the hackability of drones as part of any certification standards the agency develops.

Finally, the FAA must consider how to regulate the various players using drones, preventing an operator, for instance, from flying a drone in airspace where it poses a risk to the public. For this, technology may need to be developed that could take control of a drone, if it flies outside approved air space, and bring it down in a controlled manner.

Even without a fully developed definition of how drones fit into the national airspace, they are rapidly proliferating. At the end of last year, the FAA registry for drones topped one million. More than 800,000 of these are registered to hobbyists, the rest to businesses. The FAA projects that by 2022, the number of registered drones will soar above 3.8 million. That makes for an increasingly crowded sky, substantially raising the risk of collisions.

Recently, 10 federally sponsored projects were selected to explore what regulations make sense for drones – testing everything from mosquito control in Florida, to medical equipment delivery in Nevada, to food delivery in California. For these projects, the FAA has waived current restrictions on drone use so the companies can provide it with data that will help shape a certification process and new rules. Among the companies involved in these pilot programs: Alphabet’s Project Wing, Flirtey, Airbus, Apple, AT&T, Intel, Microsoft, and Uber.

That said, rulemaking is a slow, measured process. It may be five years before US regulations support the widespread use of drones in everyday commerce.

Meanwhile, in the EU

The economic stakes are high. In the European Union, research by the public-private partnership SESAR (for Single European Sky Air Traffic Management Research) shows that the rapidly developing drone sector could account for 10 percent of the EU’s aviation market by 2050 – about €15 billion a year and 150,000 jobs. Currently, drones are regulated by the European Aviation Safety Agency (EASA) and various national regulators, depending on drone size. But the EU is working to unify its rules, as differences from country to country complicate cross-border trade and provide uneven levels of safety. Under a recent compromise, the European Commission and EASA will take the lead in rulemaking for a European drone ecosystem, expected to be finished in 2019.

While the debate over drone regulation is in its early stages, there’s little doubt there will be a Grand Canyon-size gap between what industry would like in certification standards and what the FAA and other regulators are willing to approve. As it is, tech companies and startups experimenting with drone technology have moved research operations out of the United States to places like Dubai where regulations are less stringent.

In the end, a new category of air operator may emerge – companies that are certified and approved to operate larger drones. Here, the numbers will not be in the hundreds of thousands but more likely in the hundreds. And that transition – from an open-access system of ownership and operation to one with similar controls and barriers to entry as aviation and aerospace manufacturing – may be tumultuous as companies vie for what is currently an elusive standard of certification. 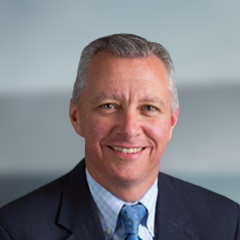